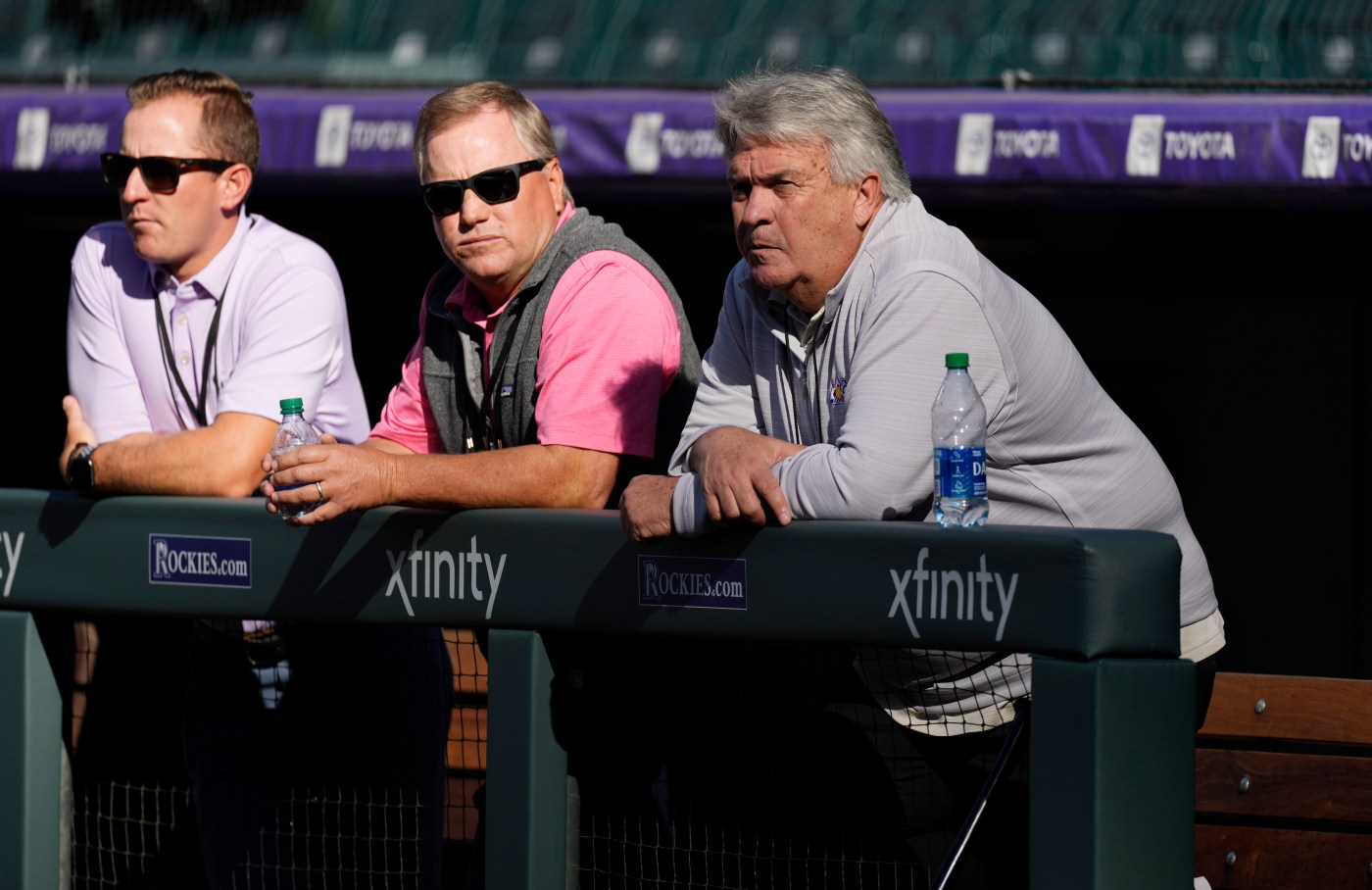 Dick Monfort has discovered a solution to the recent misery that has plagued his Colorado Rockies: More Monfort.

It is a brave strategy of an owner whose franchise has not won a single NL West title in its nearly three decades of stewardship. Yet it is one that Monfort earlier this month appealed to the masses without fear with the promotion of his 30-year-old son, Sterling, to director of professional scouting.

Where some cynics may see blatant nepotism, Schmidt sees a young rise ready to climb the next step as the Rockies’ pro scouting department supervisor.

“I’ve been telling Dick (Monfort) this for years. I said, ‘If you sold the club or something, Sterling would be hired – in a heartbeat,'” Schmidt told The Saaders’ Patrick Patrick earlier this week. Post. “There are teams that would hire Sterling at the moment as a cross-checker. His work ethic is unmatched. “

The Grading the Week staff can not say with certainty if Schmidt flashed in Morse code when he spoke.

What we can say is that, after all, Sterling is indeed a very hard worker who is focused, agreeable and driven. If we are to believe Schmidt’s words, he is also “highly qualified.”

There are, of course, the eight years that Sterling has committed to the organization since 2014, first as a scout and later as an assistant director of scouting operations on the amateur side. There’s also his playing career as first baseman for a state championship Eaton High baseball team and (we want us to make this up) Rockies draft pick in the 47th round of the 2009 MLB amateur draft.

Yet, for a franchise seen by outsiders as insular and segregated, this week’s revelation felt much like business as usual at 20th and Blake. With three consecutive losing seasons to come, a ridiculous person might think it’s time to add some new blood to the top of their organization. Instead, Dick again opted for the familiar.

All this leaves us wondering: when can we expect Sterling to take the chair of Schmidt’s CEO?

We may be in the minority, but Grading the Week staff never wanted to see Bol Bol out of town.

So let’s be the first to tip our cap to the Pistons, who put the kibosh on a trade with the Nuggets earlier this week after the 7-foot-2 center failed its physical investigation.

Say what you will about Detroit’s astonishing history of waiver of agreements – this was the third canceled trade for the Pistons since 1994, and second since 2016 – we’re just happy that Bol is back in the warm bosom of Mile High Basketball.

Bol can be broken, but he is our fallen star. Maybe one day Michael Malone would let him shine.

It’s called the transfer portal, and CU footballers come there as spring break in Cancun.

Starting to return and 2020 Pac-12 offensive player of the year Jarek Broussard on Thursday became the last to enter his name in that invisible dimension.

While it’s great to see Broussard plan to leave Boulder with his bachelor’s title in May, we can not help but be appalled by all the Buffs fleeing pasture at the base of the Flatirons.

Broussard is the 14th stock market player to enter the portal since the 2021 season came to an end. If that sounds like a big deal, it’s because it is. Especially for a program that brings back the same head coach (Karl Dorrell), if not many of the same assistants. Of course, that could be the problem.