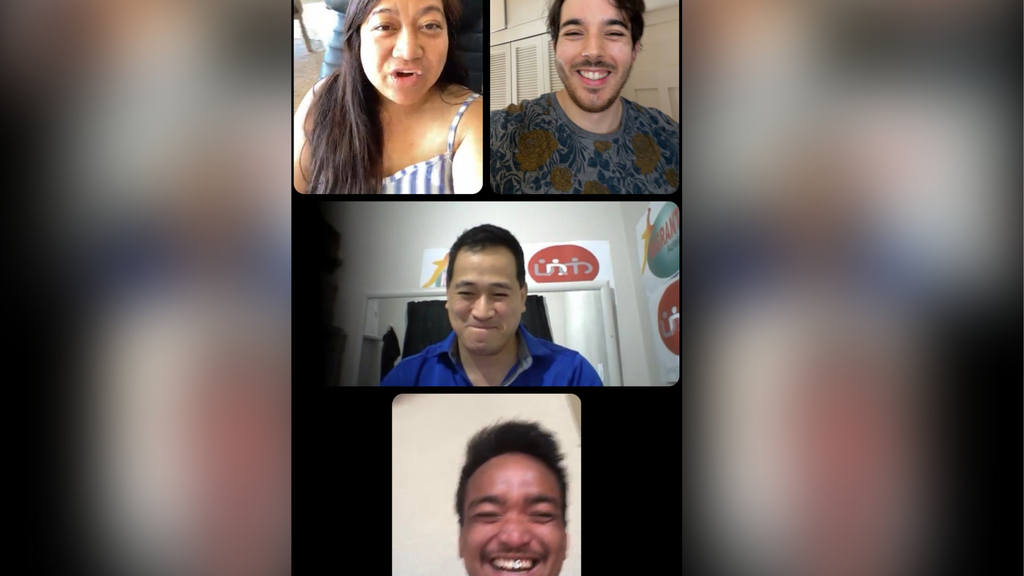 New Zealand authorities have stopped the deportation at 11 a.m. of a Filipino family whose member used a false address to use food stamps out of desperation.

The family called the deportation relief “the best gift” for Christmas, according to a report.

The deportation of Jeffrey Santos and his family to the Philippines was scheduled for Christmas, as he was charged with using a false address to secure $ 1,600 (£ 1,193) food stamps.

“This is the best gift I have ever seen. This is the first time in our lives that we have a great gift !,” said Mr Santos, reporting The guard.

The man threw a mini-party together with his son’s friends and said they had a Christmas party, the chances of which were rather poor.

“We will solve everything else later,” he said, according to the report.

Mr Santos, a carpenter by profession, says he had to pay the fine after he lost his job in the aftermath of the Covid lockdown in 2020 and was not eligible for New Zealand’s income support payments .

In the absence of money and food, Mr Santos decided to use the wrong address, but after this came under control, his family of three – including his 8-year-old son – were asked to return to Pampanga.

And the date of her departure from New Zealand dampened the spirits of the family further. Christmas would be a fight, he had told Stuff.

“I am absolutely broken. Because I am happy here, we are settled here and this is home,” Mr Santos said before the deportation was canceled.

He said he could not pay the rent for two weeks and that he had to do something.

Mr Santos had expressed remorse for his actions and said he wished he had not done so.

“I was trying to ask for another chance. Please try me again. If I make another mistake, go straight to the airport. But it was a mistake,” he had told Stuff.

The New Zealand administration’s decision to deport the family sparked protests from locals.

Activists and members of the Greens’ Party called on people to send e-mails to New Zealand’s Immigration Minister Kris Faafoi and seek his intervention to stop the deportation.

Authorities decided to grant the man a 12-month work visa that would keep him longer in New Zealand.

“We just got off the phone with Jeffrey Santos after we got the news that he’s got a 12 month work visa !! Collective print work. Thank you to all of you who have written to Ministers and Awareness. And to Mikee and Maricel for their great advice, “tweeted Ricardo Menendez, an MP from the Green Party of Aotearoa New Zealand.