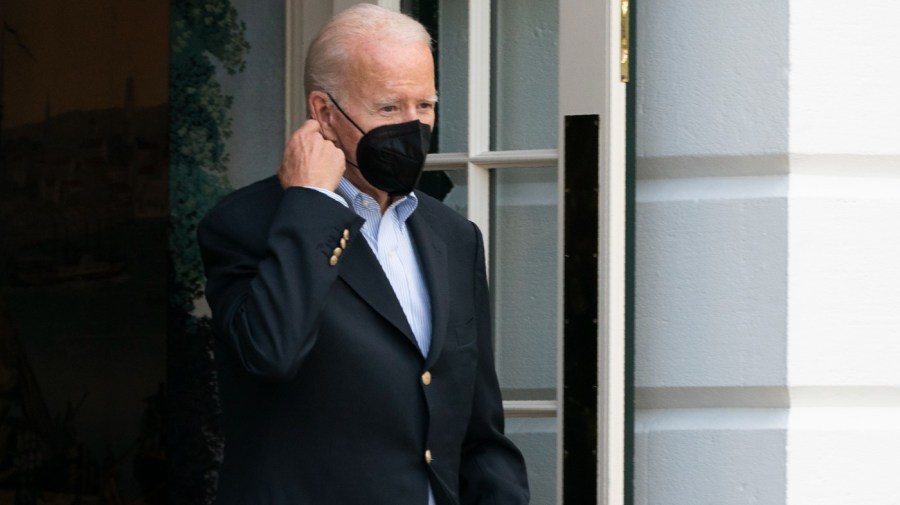 A portion of highway was temporarily shut down in Florida on Wednesday after a semi-truck was involved in a minor crash, spilling out a sea of Coors Lights onto the road.

Today in health, President Biden sought to explain what he meant when he said on “60 Minutes” that “the pandemic is over,” sparking a wave of backlash and confusion.

Welcome to Overnight Health Care, where we’re following the latest moves on policy and news affecting your health. For The Hill, we’re Nathaniel Weixel and Joseph Choi. Someone forward you this newsletter? Subscribe here.

Biden: Pandemic ‘basically is not where it was’

President Biden on Tuesday sought to clarify his comments from days earlier that the coronavirus pandemic “is over,” telling guests at a fundraiser that the COVID-19 situation is not as bad as it was.

Biden attended a Democratic National Committee fundraiser in New York City ahead of his speech Wednesday to the United Nations General Assembly. At one point, speaking about efforts on the pandemic, Biden referenced his comments to Scott Pelley of CBS last week in which he said the pandemic was “over.”

Restating himself: Biden acknowledged he was “criticized” for the remarks, adding, “But it basically is not where it was.”

The White House’s approach: As a result, the Biden administration has focused its messaging on the importance of getting vaccinated and receiving booster shots to increase immunity as well as the wide availability of antiviral pills and other forms of treatment for those who contract the virus.

A federal judge in Louisiana on Wednesday struck down a mandate from the Biden administration that required staffers at Head Start child care facilities to be vaccinated and to wear masks.

Semi-redundant now: The masking requirement for Head Start grant recipients is one of the only remaining federal mask mandates. Last week, the Department of Health and Human Services (HHS) announced it would be dropping the requirement in the near future to align with current guidance from the Centers for Disease Control and Prevention (CDC).

Despite the mask mandate’s continued existence, HHS officials have not been checking for compliance with the rule since February of this year, when updated CDC guidance was issued.

Wisconsin Gov. Tony Evers (D) on Wednesday called a special session of the state legislature for October in an effort to enable voters to repeal the state’s 1849 abortion ban through a referendum.

Evers’s office said Wisconsin voters have no ability to change the ban through a referendum under state law, and urged Republicans, who control the state legislature, to allow voters to bypass the body and repeal the measure if they so choose.

The state’s nearly two-century-old law — which prohibits abortion except to save the mother’s life — was unenforceable following the Supreme Court’s Roe v. Wade ruling, but the statute is now the subject of a legal challenge led by the state’s attorney general after the court overturned the landmark 1973 abortion ruling in its June Dobbs v. Jackson Women’s Health Organization decision.

Health and Human Services Secretary Xavier Becerra declared a public health emergency in Puerto Rico on Wednesday due to the flooding caused by Hurricane Fiona.

The Department of Health and Human Services (HHS) has deployed a 15-person task force from its National Disaster Medical System and a 10-person management team to Puerto Rico.

The agency said staff members from the National Disaster Medical System, the U.S. Public Health Service Commissioned Corps and the Centers for Disease Control and Prevention are prepared to provide services and support if needed.

“We will do all we can to assist officials in Puerto Rico with responding to the impacts of Hurricane Fiona,” Becerra said in a statement. “We are working closely with territory health authorities and our federal partners and stand ready to provide additional public health and medical support.”

According to local reports from Puerto Rico, more than a million customers on the island are currently without power. El Nuevo Día, the largest newspaper in Puerto Rico, reported on Wednesday that only about a quarter of customers have access to electricity.

Electronic cigarette maker Juul Labs is suing the Food and Drug Administration (FDA) over the agency’s refusal to disclose documents supporting its order to remove Juul’s products from the U.S. market.

In a complaint filed Tuesday in federal court in Washington, D.C., the company alleged the FDA is violating the Freedom of Information Act by refusing to turn over the “scientific disciplinary reviews” underlying the FDA’s sales ban.

The FDA in late June announced a ban on the sale of Juul e-cigarettes nationwide, saying the company did not prove that keeping its products on the market “would be appropriate for the protection of the public health.”

The next day, a federal appeals court granted a temporary administrative stay of the decision.

The FDA then suspended the order about two weeks later, and announced there were additional scientific issues that needed to be reviewed.

That’s it for today, thanks for reading. Check out The Hill’s Health Care page for the latest news and coverage. See you tomorrow.