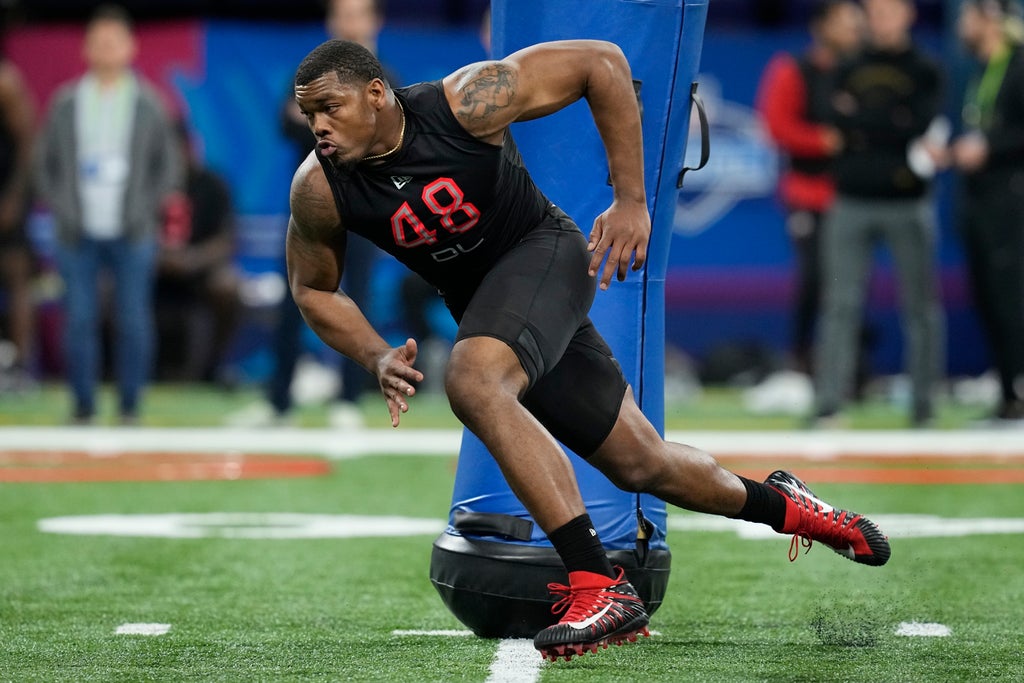 The Jacksonville Jaguars selected defensive lineman Travon Walker with the first pick of the 2022 NFL Draft.

Having made quarterback Trevor Lawrence the first name off the board in last year’s draft, the franchise again had the first pick following a challenging 2021 season.

The Jags used the top spot to upgrade their defense by selecting 21-year-old Walker from the national champion University of Georgia.

The 6ft 5 defensive lineman remained at home rather than traveling to Las Vegas for the glitzy draft event and will be lining up in London later this year.

The Jags will play a home game at Wembley for the next three years, having played under the arch for seven straight seasons between 2013 and 2019 before lining up at the Tottenham Hotspur Stadium last year.