“Maybe you share the same feelings about me that I do about you?” Samuel Goldwyn Films has revealed an official trailer for an indie romantic drama titled A Chance Encounter, made by Alexander Jeffery. This will be out in theaters and on VOD at the end of October. In the coastal town of Taormina, Sicily an aspiring poet in search of inspiration meets a folk singer trying to write a follow up to her breakout hit. “Their instant chemistry sparks collaboration, leading to an unexpected, weeklong writer’s retreat at a beautiful villa in the Sicilian countryside.” It looks like a very lovely, heartfelt musical reminiscent of Before Sunrise meets Once – two of the best romance films ever made. Starring Andrea von Kampen and Paul Peterson. This looks fantastic!! I’m not sure how this skipped festivals and is getting a quiet release in the fall, because it seems absolutely adorable in so many different ways. I will definitely be watching this when it’s out – give it a look.

Here’s the official trailer (+ poster) for Alexander Jeffery’s A Chance Encounter, from YouTube: 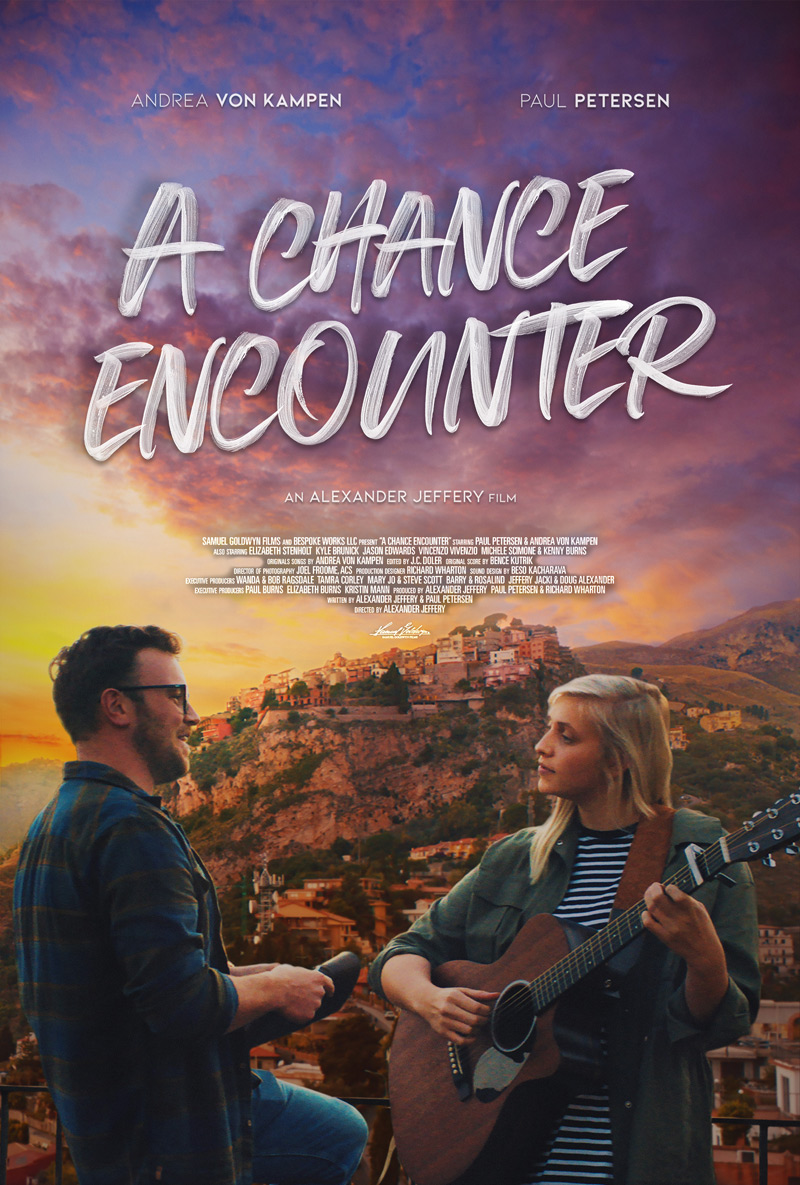 Two Americans, one an aspiring poet and the other an established folk musician, cross paths in the scenic, coastal town of Taormina, Sicily. Their instant chemistry sparks collaboration, leading to an unexpected, weeklong writer’s retreat at a beautiful villa in the Sicilian countryside. As they immerse themselves in the local culture, they challenge each other to express their thorniest secrets, growing closer all the while. A Chance Encounter, formerly known as Molto Bella, is directed by Canadian filmmaker Alexander Jeffery, director of the films One Way and Daisy & Smiling Jack previously, plus tons of other short films. The screenplay is written by Alexander Jeffery and Paul T.O. Petersen. Produced by Richard Wharton, Alexander Jeffery, and Paul T.O. Petersen. This hasn’t premiered at any festivals or elsewhere, as far as we know. SGF will debut A Chance Encounter in select US theaters + on VOD starting October 28th, 2022 soon this fall.