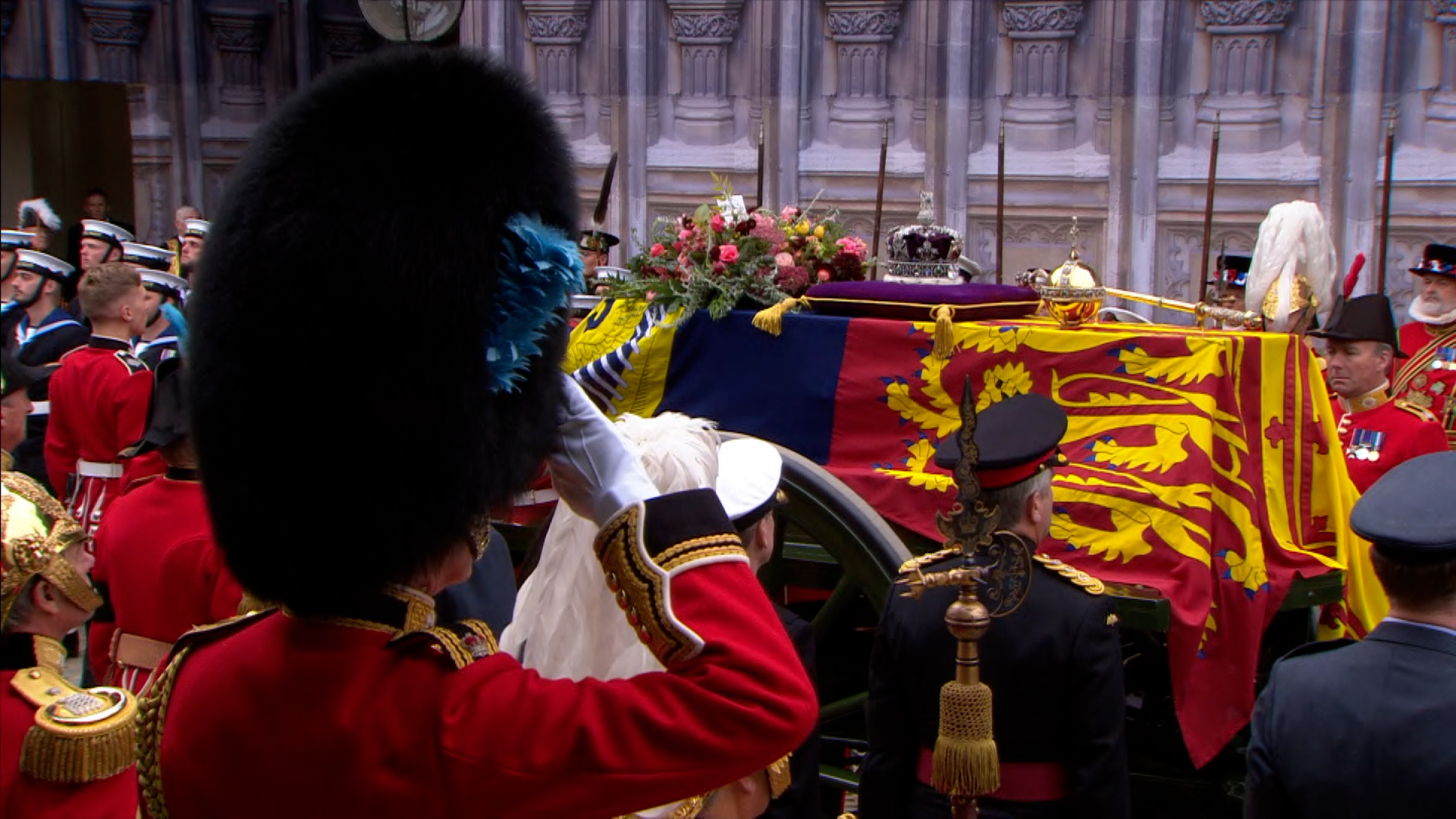 The Queen’s coffin is being taken in a procession from the Palace of Westminster to Westminster Abbey on the State Gun Carriage of the Royal Navy.

The coffin is draped with the Royal Standard, and the Instruments of State — the Imperial State Crown and regalia — are laid upon it along with a flower wreath.

The wreath — which has been made in a sustainable manner — contains flowers and foliage cut from the gardens of Buckingham Palace, Clarence House and Highgrove House at the request of King Charles III.

It sits in a nest of English moss and oak branches.

The flowers included are: scented pelargoniums; garden roses; autumnal hydrangea; sedum; dahlias; and scabious. They are all in shades of gold, pink and deep burgundy, with white elements to reflect the Royal Standard.

The foliage that has been included in the wreath was selected for its symbolism — rosemary (for remembrance), myrtle (an ancient symbol of a happy marriage), and English oak (symbolic of the strength of love).

The myrtle was cut from a plant grown from a sprig of myrtle that featured in the Queen’s wedding bouquet when she married Prince Philip in 1947.