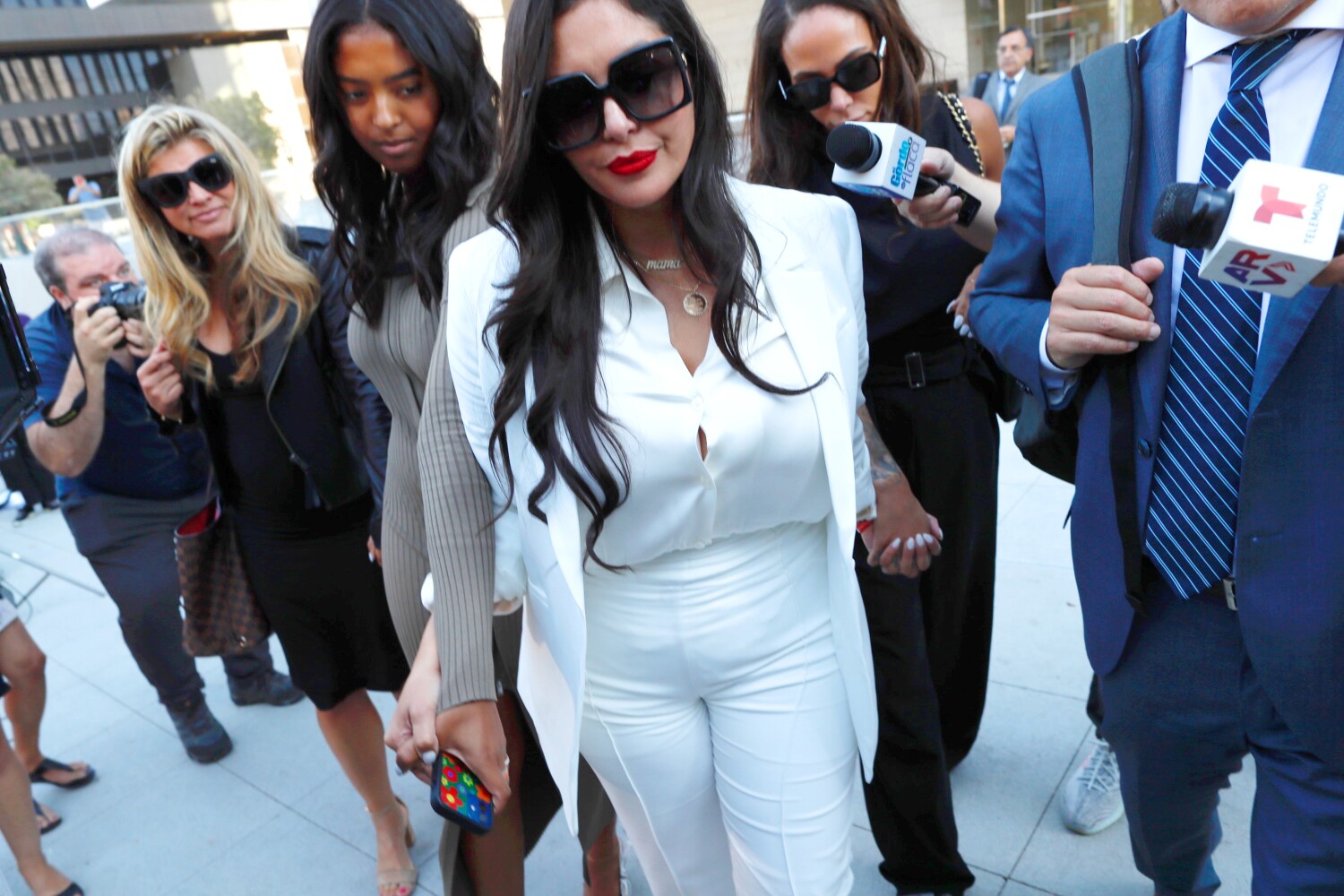 A jury Wednesday ordered Los Angeles County to pay Vanessa Bryant, widow of Lakers star Kobe Bryant, and another man $31 million in damages for the graphic photos sheriff’s deputies and firefighters took at the scene of the 2020 helicopter crash that killed Bryant, his daughter, and seven others.

In reaching the verdict after only a few hours of deliberations, jurors made clear they had been persuaded by Bryant and Chris Chester, who argued that illicit photos of the crash victims’ bodies had violated their right to privacy and inflicted emotional distress. Chester lost his wife, Sarah, and daughter, Payton, in the crash.

Jurors awarded Bryant $16 million and Chester $15 million for the distress they found the two had already suffered over the photos and would suffer going forward.

As the verdict was read, Bryant cried with her head bowed and her hands folded in a prayer position. Soon after, she left the federal courthouse in downtown Los Angeles without speaking to reporters.

Later on Instagram Bryant posted a photo of her with her husband and Gianna, writing, “All for you! I love you! JUSTICE for Kobe and Gigi!”

In a statement, Mira Hashmall, who led the county’s legal team, wrote, “We are grateful for the jury’s hard work in this case” but “disagree with the jury’s findings as to the County’s liability.”

“We will be discussing next steps with our client. Meanwhile, we hope the Bryant and Chester families continue to heal from their tragic loss,” Hashmall wrote.

Throughout the 11-day trial, lawyers for Bryant and Chester documented how the photos had spread from the phones of deputies and firefighters at the crash scene on a steep hillside in Calabasas: They were flashed from a sheriff’s deputy’s phone screen to a bartender in Norwalk. They were shown to firefighters and their spouses during an awards gala at a hotel in Universal City in what amounted, one witness said, to a “party trick.” They were passed from one deputy to another as the pair played video games.

County lawyers countered that there were legitimate reasons for first responders to take and receive the photos, including to help determine the size of the crash site and decide what resources were needed. The images, they say, were never published online or in the media — nor were they seen by the victims’ families because of swift work by sheriff’s and fire leaders in tamping down their spread.

“This is the pictures case, and there are no pictures,” Hashmall repeated several times in her closing argument.

But attorneys for Bryant and Chester argued that it is unknown how far the images spread because the county did not thoroughly investigate. It wasn’t until most of the involved deputies had received new phones that officials hired a firm to conduct a forensic examination of employee devices.

“The truth is, the county has no idea, no idea who had the photos and who they sent them to,” Lavoie said.

The laptop of one fire captain who took photos, Lavoie said, was missing its hard drive when it was examined. The captain, Brian Jordan, who has since retired, claimed under oath that he did not remember being at the crash site at all.

The phone of Joey Cruz, a deputy who showed graphic photos to a bartender in Norwalk, had been reset before it was turned over to the firm, Lavoie said. When it was turned on, it was as if it was new, with no photos saved. County attorneys argued that Cruz had transferred his data to his new phone, which also had no crash photos saved on it.

And the identity of at least one firefighter who received the photos remains unknown.

The verdict is the latest black mark for a Sheriff’s Department that has been mired in scandal under Alex Villanueva, who is running for reelection. Villanueva, among other problems, has been buffeted by claims he has not done enough to break up gang-like groups of deputies who for decades have been accused of wielding significant control over department stations and glorifying violence. And Villanueva was accused by high-ranking sheriff’s officials of trying to keep quiet an incident in which a deputy knelt on the head of a handcuffed inmate. The Sheriff’s Department’s handling of the case is the subject of a criminal grand jury investigation.

The revelation that photos had been taken of the crash scene and shared among deputies and others drew particular scrutiny on the department because of Bryant, a hero of nearly mythic proportions in Los Angeles for his time on the Lakers. While on their way from Orange County to a youth basketball game in Thousand Oaks, the helicopter Bryant chartered slammed into a Calabasas hillside in dense fog on Jan. 26, 2020, killing him, his teenage daughter Gianna Bryant, the Chesters and five others.

Vanessa Bryant and Chester filed their lawsuits following a Times investigation that exposed that deputies had shared photos of the crash.

County officials previously agreed to pay $2.5 million to settle two other lawsuits filed by relatives of people killed in the crash.

Jurors needed little time to weigh evidence presented to them during the trial that included testimony from Bryant, Chester, Villanueva and several deputies and firefighters. After starting deliberations at midday, they announced to U.S. District Judge John F. Walter that they had reached a unanimous decision shortly before 4 p.m.

In reaching its verdict, the panel found that the Sheriff’s Department did not have adequate training and policies to prevent employees from taking and sharing photos of dead bodies for no purpose and that there has been a long-standing practice among deputies of sharing death images for no legitimate reason. The county fire department, jurors decided, also did not have sufficient training and policies.

In their closing statements, Bryant and Chester’s attorneys called into question the credibility of some deputies and firefighters who testified about what they did and why. Several gave testimony that was inconsistent with their earlier statements or was at odds with the testimony of other witnesses.

For example, Doug Johnson, the deputy who took photos that included close-ups of human remains, testified that he took 25 photos. But two other officials testified that Johnson told them he took at least 100.

Under cross-examination Friday, Villanueva said the fact that no photos have surfaced online proved that internal investigators assigned to the case had done a thorough job stopping their spread. But his certainty wavered somewhat after he appeared to learn on the stand about the discrepancies in Johnson’s photo count and the fire official who was never identified.

“I believe they were all deleted,” he said, adding, “I’m pretty sure that’s accurate.”

When pressed further, he said: “God knows — that’s about it.”

Lavoie told the nine jurors that if he asked them to come up with a percentage that would represent the chances that these photos would surface, he’d probably hear nine answers.

“Whatever each of us thinks that number is, it’s definitely not zero,” Lavoie said.

And that means that for the rest of Bryant’s and Chester’s lives, one of two things will happen: The photos will surface, or they will live in fear about when that day might come, Lavoie said.

Chester’s attorney Jerry Jackson asked the jury to award Bryant and Chester up to $75 million in combined damages for their emotional distress. Bryant’s attorneys did not specify a figure. 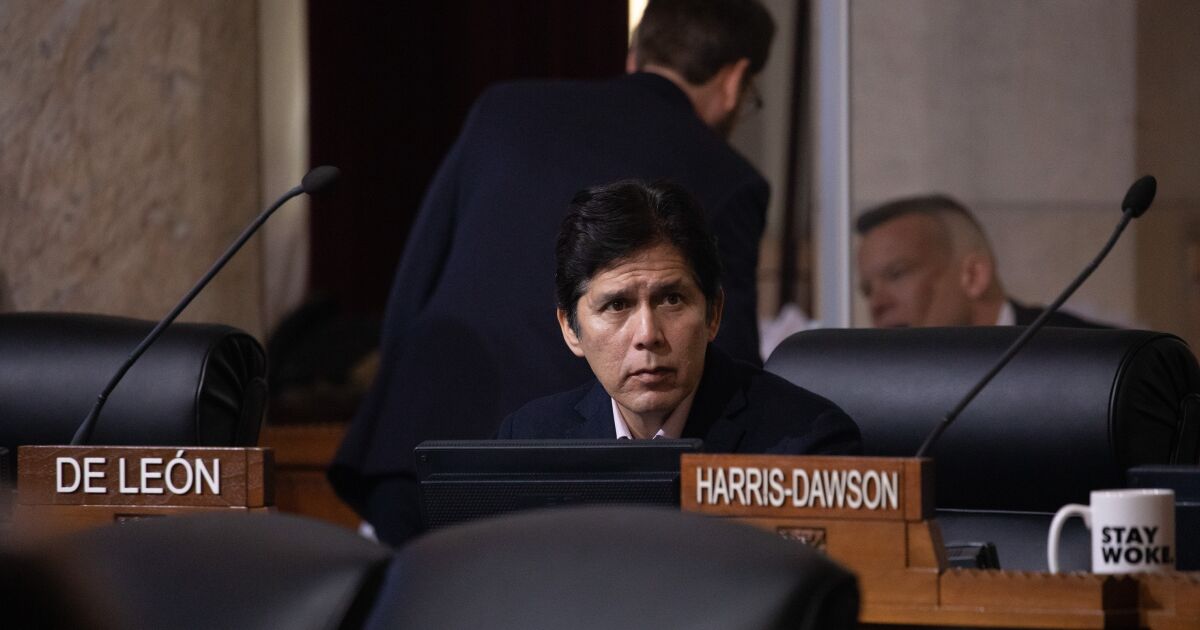 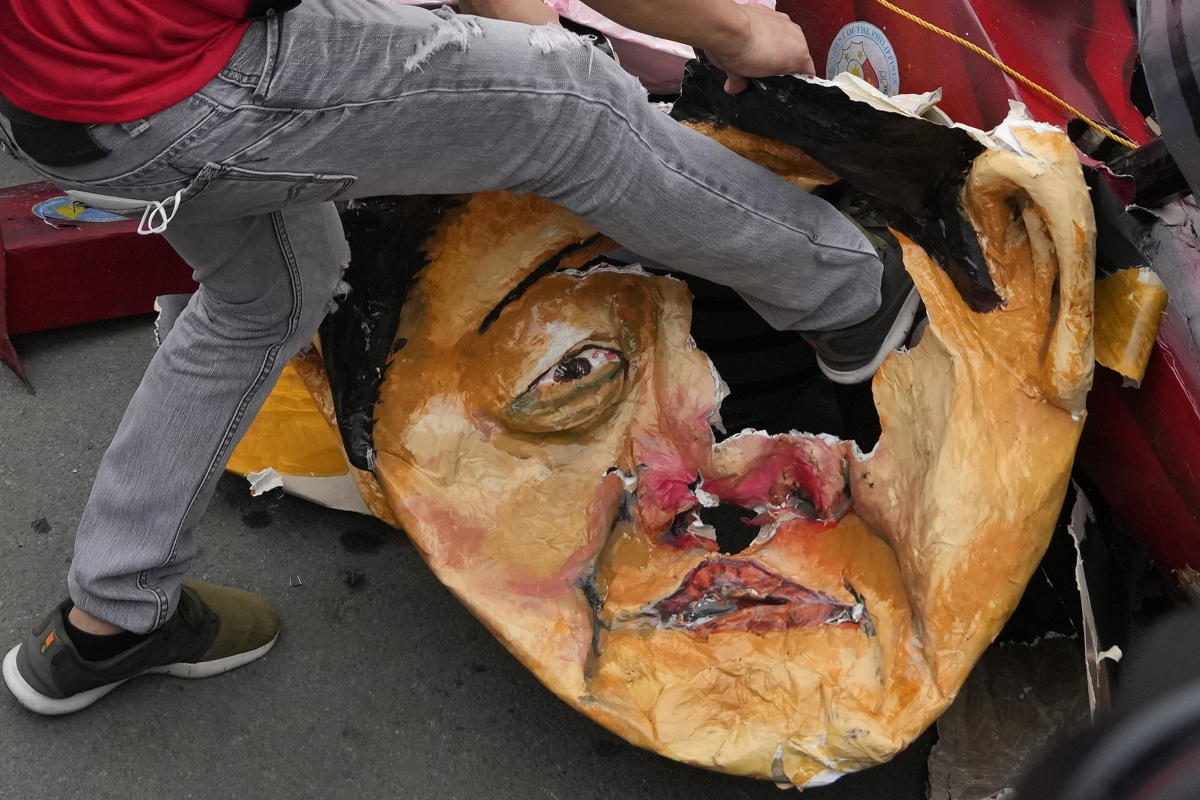 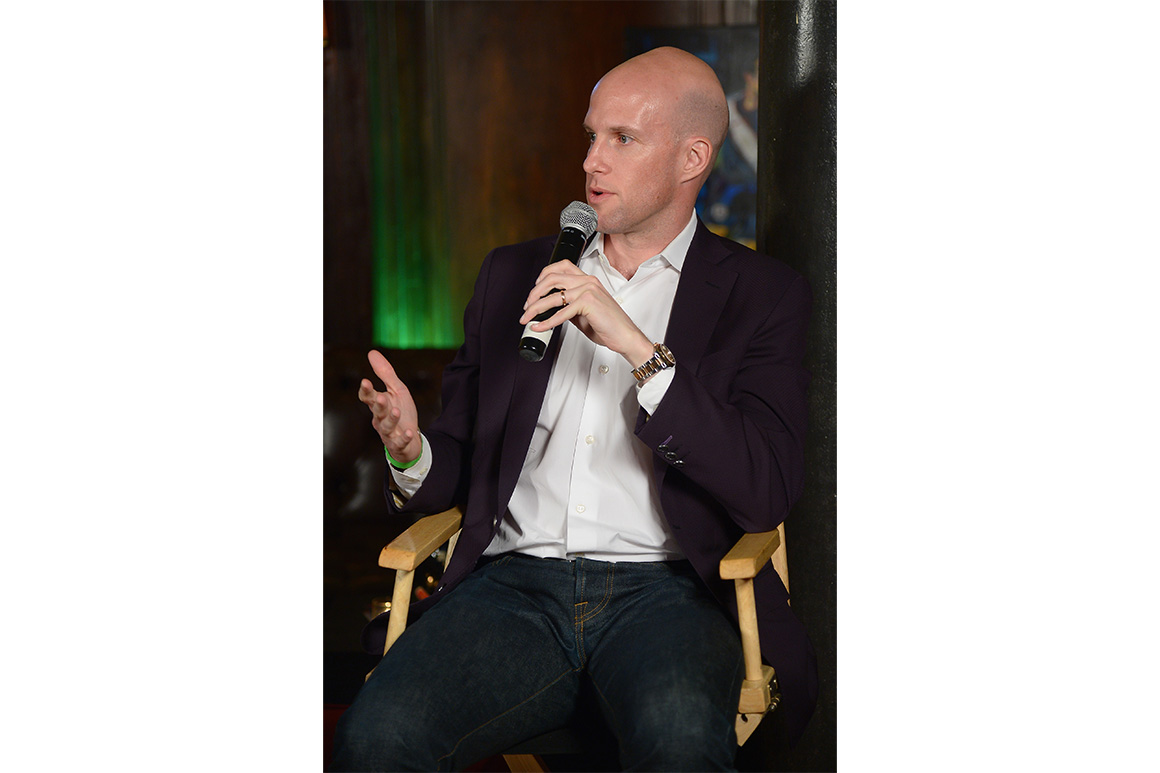 “I am so thankful for the support of my husband @GrantWahl‘s soccer family & of so many friends who’ve reached out tonight. I’m in complete shock,” Celine…

More than a dozen people injured after explosion causes fire at plant in Marengo, Iowa

An explosion at the C6-Zero alternative fuel production plant in Marengo, Iowa, caused a fire and injured several Thursday. Here’s what to know. 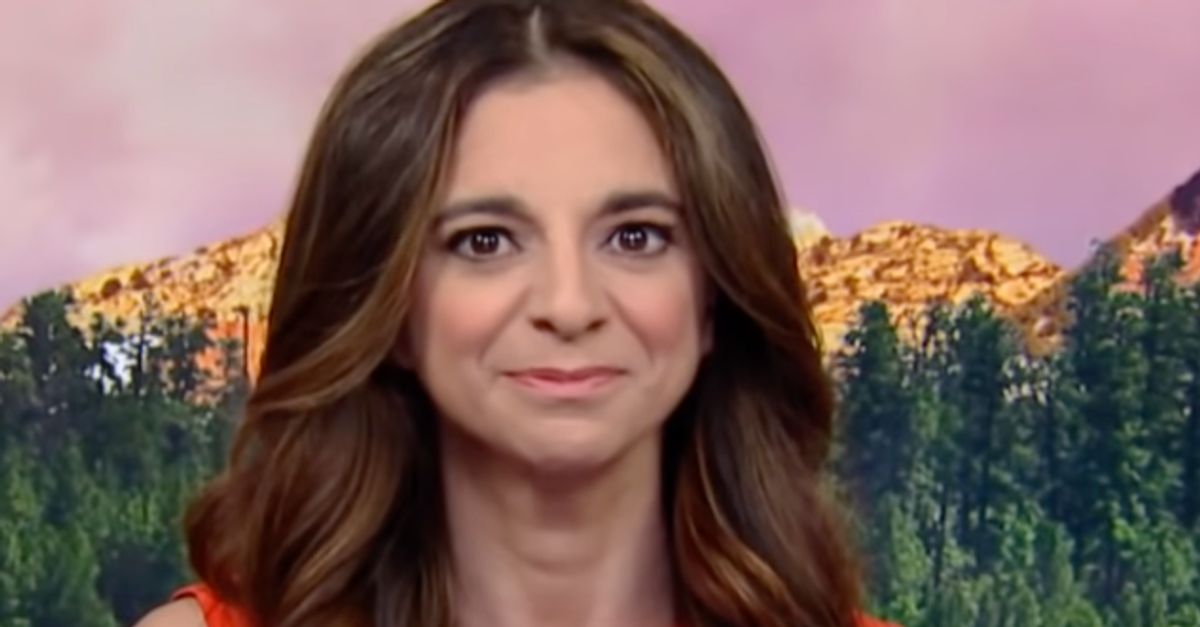 FORT LAUDERDALE, Fla. (AP) — A former regular guest on Fox News stole at least $224,000 from her 88-year-old mother and unnecessarily put her in a nursing…